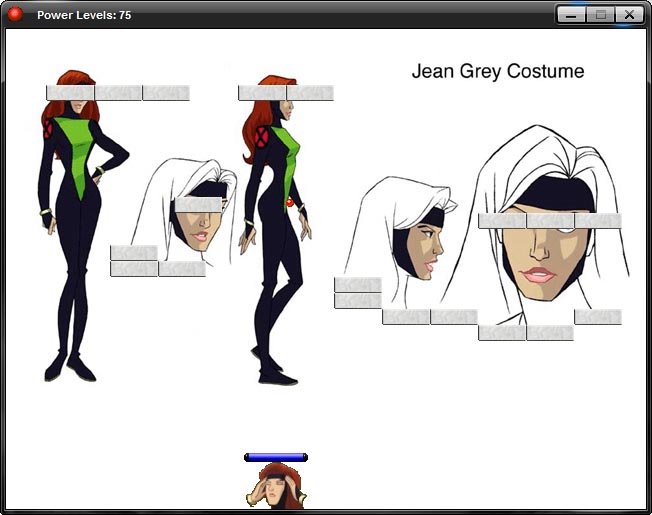 General Info:
No pause button, but no lives either -_-;;
Each level has it's own power level, which you can see in the upper left corner. Each level's power counts down in its own way. MOST powers are activated by the space button, except for Jean who is activated by pressing AND holding the arrow buttons. Kitty's powers are automatic. ^_~ I had to take out the "Bamf" effect from Kurt's level as it was mucking up the game. 9_9 Jean's level... may wig out on you. But that's what you get from a half-finshed game, eh?
This is really just the wire frame of a game. There are no points, and there are no real consequences for dropping the ball (other than you lose your power, if it's active). So. Yeah. Bask in my nerd-ness 9_9

All titles, characters, character names, logos and related indicia are ™ and © their respective creators. All characters are used without permission and not for profit. Layout lovingly ripped off from Mangastyle.net.